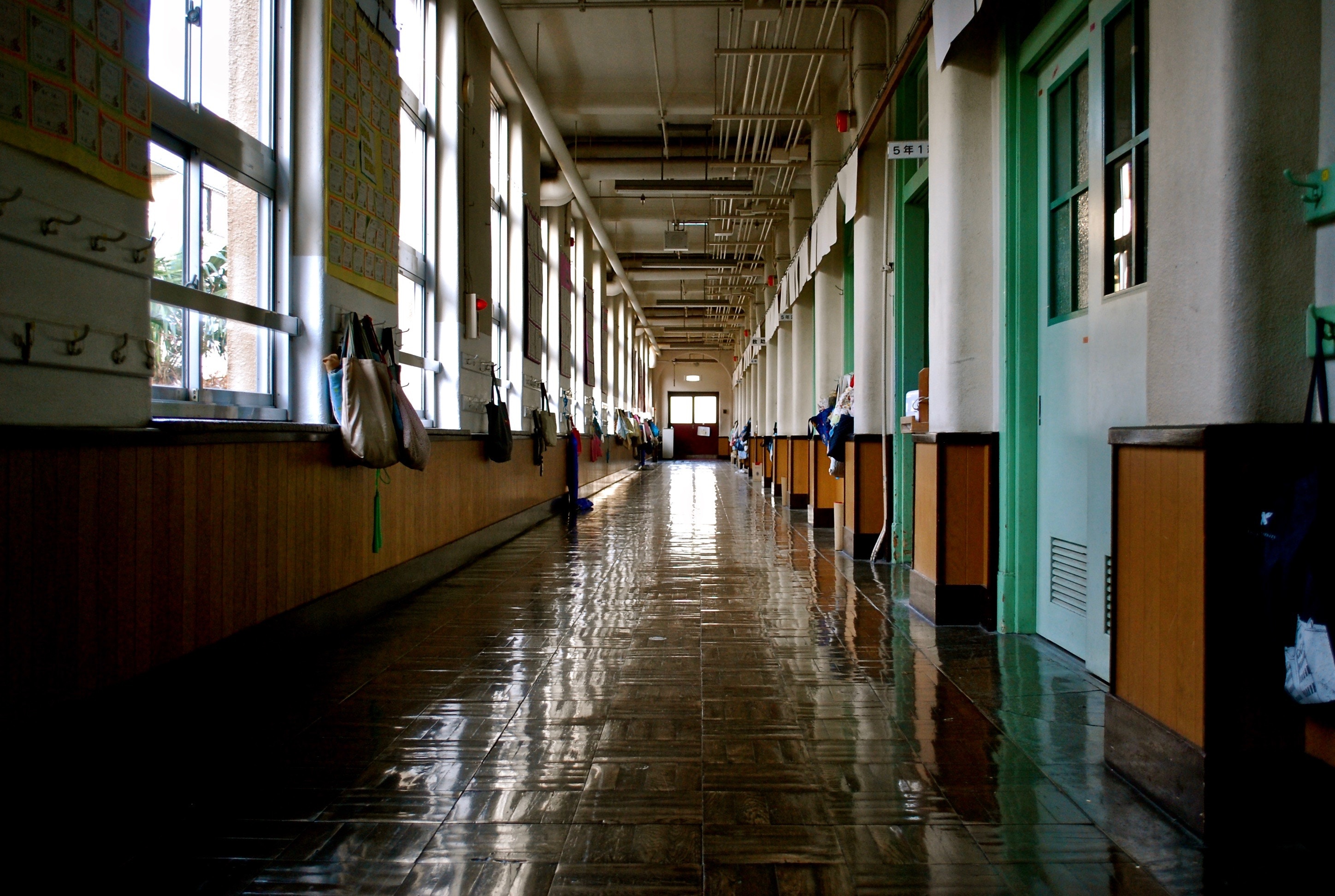 What is school for?

My 10-year-old daughter asked my 80-year-old mother what school had been like when she was little. My mother said, “Probably the same”, and while I don’t think she meant it in the way that it came out, I do think she was absolutely right.


It had already struck me by that point that the education system hadn’t changed very much in a long time. We don’t really ask ourselves about the purpose of school or why we send our kids there, it’s just something we do. But every country should be asking themselves what schools are for. In order to have an idea about what our countries are going to be like in the future, we need to know what the purpose of our schools is. At the moment it appears to be content transmission and testing, and that isn’t going to produce the kind of innovators we need.

The old answer was that you go to school, you work hard, you get good grades, you go to university, you get a good degree, and you get a job for life. Education as a passport to job security, a job for life and so forth may once have been true, especially in western countries, but not anymore. So the question then becomes ‘what is school for now?’ What do we need?

There’s a constant tension within the education system, as there has been for hundreds of years. In 1902, John Dewey wrote a book called The Child and The Curriculum that had the same tension, the same argument about whether education is about subject and content knowledge or about self-realisation of the child, learning for the fun of learning as opposed to learning because you had to get through some tests. This constant tension is increasing now that we’re beginning to use technology in a way that reinforces that format, the idea that education is about mastery of content, of subject knowledge, and then regurgitating it in an exam.

Ideally, we need both content and subject knowledge as well as competencies. The winner of the Nobel Prize isn’t the person who has read the most books, it’s about their competencies. When I hire a software engineer, I’m more interested in their ability to code than whether they’ve got a PhD from a big university. Rather than having an education system which has been industrialized around content and testing, why not have one that’s based around solving problems, working together, and collaborating?

We talk about the future and the skills we’ll need, such as creativity and collaboration and critical thinking, but nothing in our school or examination systems work toward that goal, so we have to decide which one we value.

When I was writing my book, Learning {Re} imagined, I researched and travelled extensively; from rural India and refugee camps in conflict zones to active crisis zones like the mountains in China after an earthquake, and also into schools in the U.S. and U.K. What I found in every school I visited was that the environment was important, and the engagement between teacher and student was important.

We’re using technology to maintain and industrialise 19th-century practices. It’s as if we agreed that the purpose of education is simply content distribution and testing.

If we look specifically at that environment, right now a lot of classrooms look very much as they did a hundred or more years ago, with children sitting in rows. It was the same when my mother was at school, and so it was for my daughter. This environment doesn’t actively promote preparation for the real world, so we are missing something extremely important.

That was also reflected in teacher engagement. As a society, we’re beginning to believe that teaching is merely a content delivery system; that educators deliver content to their students and then test them on that content, so in effect we could get rid of or de-skill educators. Nothing could be further from the truth of course, because teaching isn’t simply about providing content. It’s about understanding the individual. We’re nurturing human beings.

I’ve seen great practice pretty much everywhere I’ve been. The problem, the challenge for all of these great schools, regardless of where they were, was they come up against the 19th-century examination system, which tests things that are less than valuable. As a result, we teach maths, for example, like it’s a dead language. In fact, maths is really fun. I only discovered after I left school that maths is really fun because it’s about discovery. But that’s not the way we teach it at school because of the way that we measure.

I don’t think you can scale good practice by taking a great school, measuring why and how it’s great, and then rolling it out like a piece of software. That’s just not how it works. It would be a bit like trying to scale your favorite restaurant. It would become McDonald’s, and who wants their children to have the McDonald’s of education? It may not be as bad as some other forms of education, but the point remains the same.

The best practices I have seen are the ones in which lessons are more project-based and de-siloed. Rather than having subjects, these ‘silos’ are removed. The number of common areas is increased, as is the way in which students work together across age groups. Being streamed by your year of manufacture strikes me as bizarre. It doesn’t happen anywhere else at any other time, but in school the only thing you have in common with the other students in your class is that you were born in the same year. That is crazy. Teaching isn’t simply about providing content. It’s about understanding the individual. We’re nurturing human beings.

Why do we suddenly pretend that the 21st century never happened when a child enters an examination room?

I also think the technology debate in education has become very confused. Certainly thirty years ago when I first started getting involved in educational technology, I was almost of a Messianic belief in its ability to transform learning, to make it much more interesting, engaging, and dissolve those silos between subjects. But what’s happened in the intervening years, and certainly during the current phenomenal levels of investment in edtech, is that we’re using technology to maintain and industrialize 19th-century practices. It’s as if we agreed that the purpose of education is simply content distribution and testing, and therefore we don’t really need skilled teachers. We could actually offload that to technology.

In my opinion, that’s very wrong. I think there’s much more to teaching and learning than that, and I think we should allow much more freedom in the way that technology is used in the classroom.

Graham Brown-Martin is a leader in the field of foresight and anticipatory research, bringing together social, political and technological trends to consider how we might prepare ourselves for the future. He is the author of Learning {Re}imagined, the best-selling book on global education published by Bloomsbury, and founder of Learning Without Frontiers (LWF), a global think tank that brought together renowned educators, technologists and creatives to share provocative and challenging ideas about the future of learning. He is currently Chief Education & Product Officer at pi-top.

This article was published in ‘Learning by Making’ magazine Issue 2.