Let’s be honest. When we decided to submit a team for Pi Wars 2018 we had no idea of what we were getting ourselves into. “Designing and building a robot? That should be fun" we all thought. After over 6 months of work, countless meetings, several weekends at the office building and testing roboTOP, two dead soldering irons and almost setting the office on fire while testing the code, we can all say that building a robot wasn't a piece of cake but we had great fun.

At the end of last month, the pi-topTEAM packed our bags and went to Cambridge, where Pi Wars took place. The weather was great (we even had time to enjoy a BBQ on the Friday night!) and we were ready for a weekend full of robots and great people. We were a bit nervous about roboTOP not performing as we expected but we all did a pretty good job pretending we weren't, as you can see in this video ;)

For those who are not familiar with Pi Wars, the event is open to anyone, from schools, families, groups of hobbyists and solo roboteers. The teams build their own Raspberry Pi- controlled robots and compete in seven challenge courses to earn points.

On Saturday 21st of April, the competition kicked off with 29 teams from schools and kids' clubs. Don't let their age fool you, the teams did an amazing job and put great effort behind their robots.

One of the main highlights from Pi Wars was seeing several teams using pi-topCEEDs to test their robot's code. We were also very pleased to see students from Kingston Grammar School (London), team Frostmite, using their pi-top laptop as their robot's controller. They were even kind enough to let us ask them a few questions about their experience building their own robot and using pi-top. Thanks guys and great work! 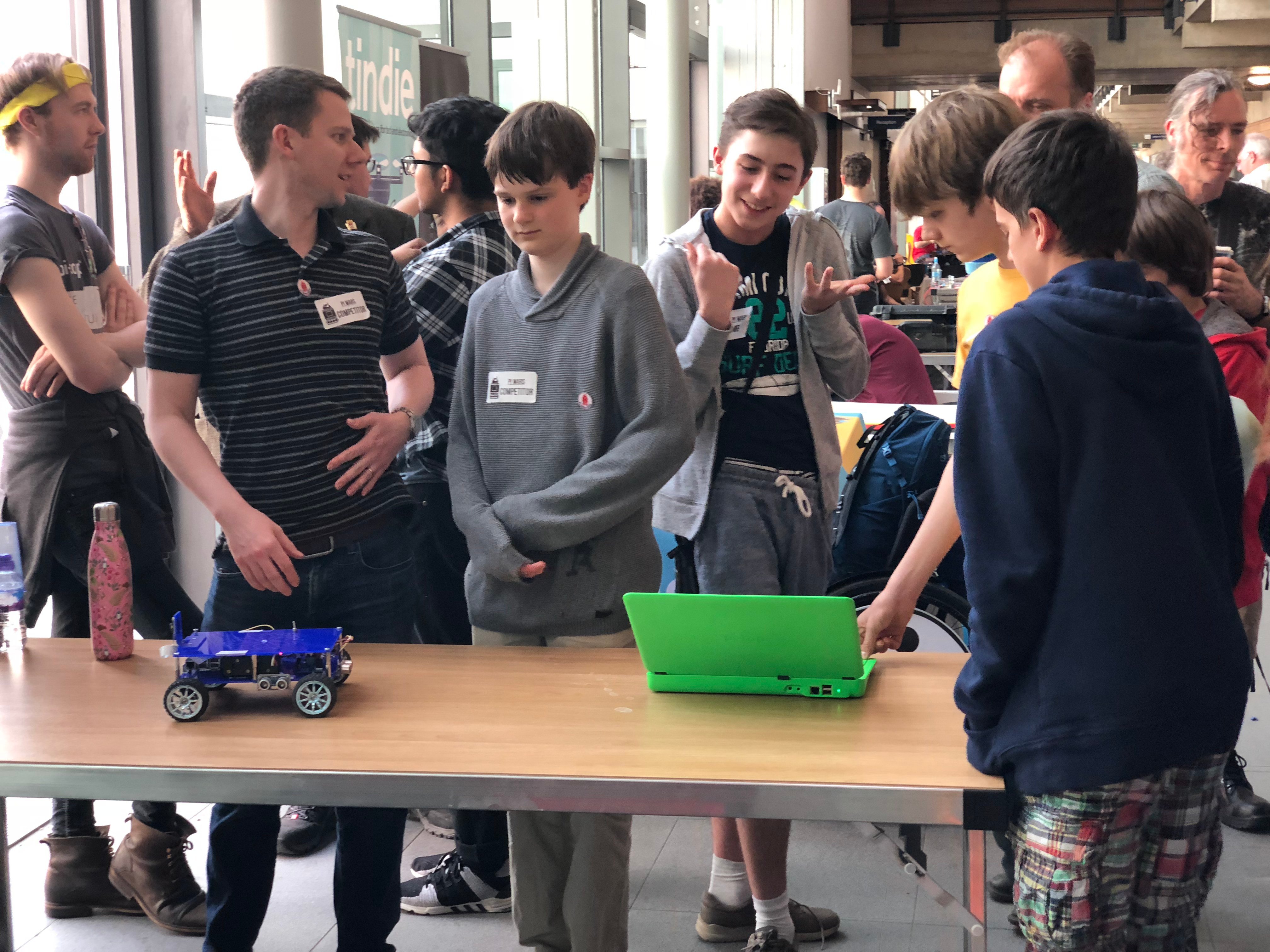 We also had a table at the venue (shot out to the guys from Pimoroni for being the best neighbours ever). That was a brilliant opportunity to chat with other competitors, meet new people and also showcase pi-top's learning by making ecosystem. 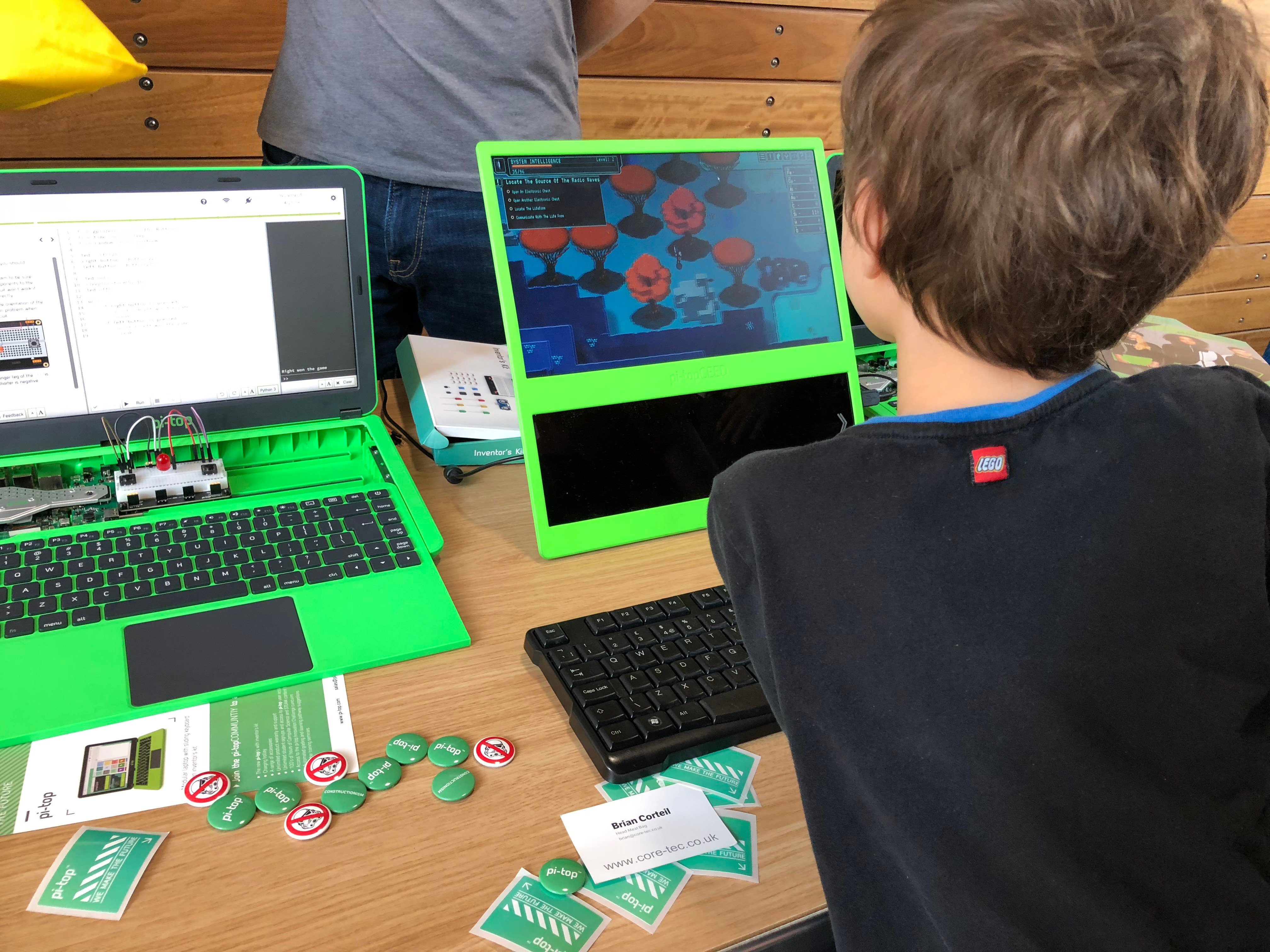 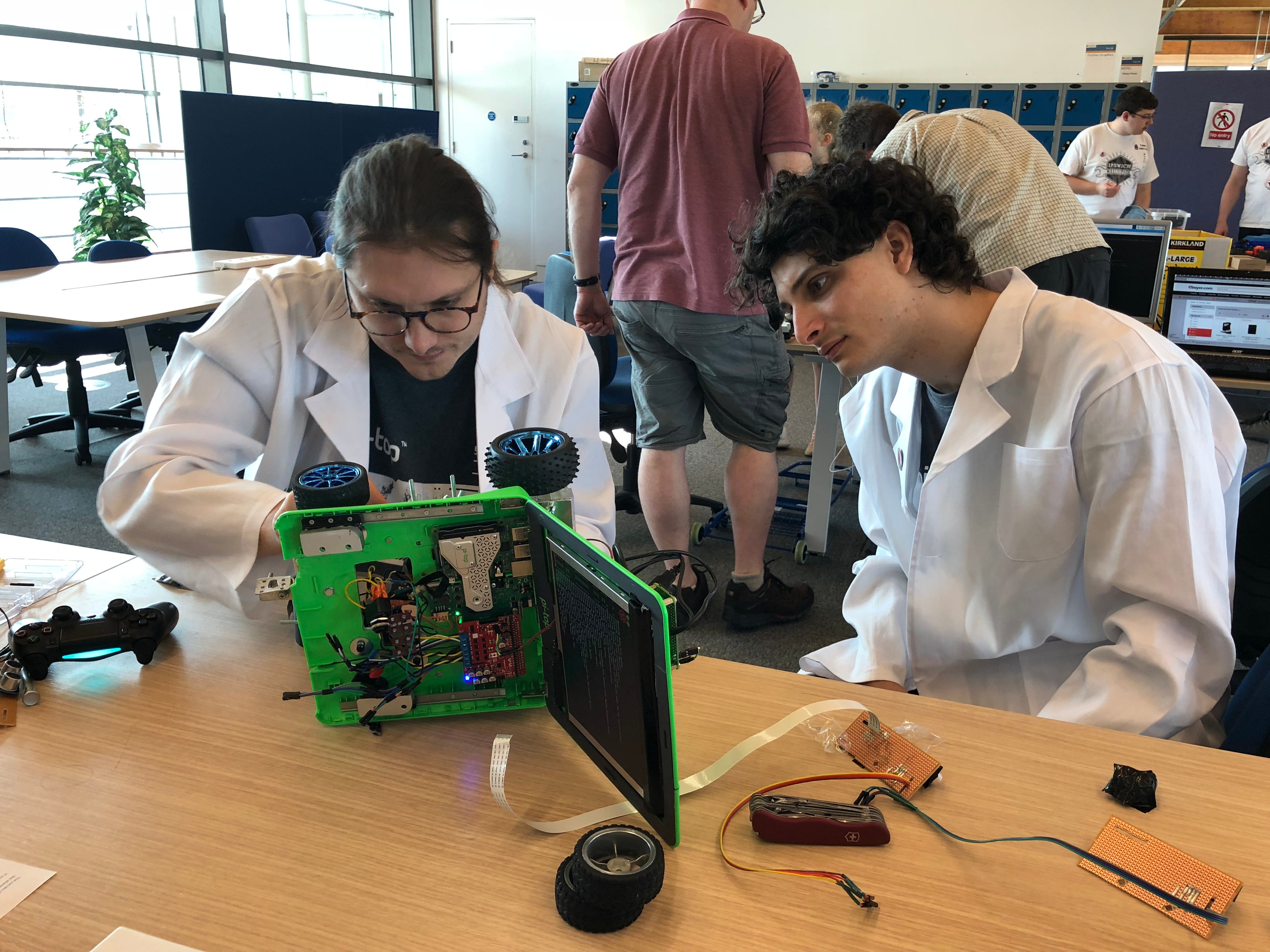 Angus and Liv giving roboTOP the final touches before an event

Finally, Sunday arrived and it was roboTOP's turn. 36 teams were categorised into Beginner, Intermediate and Advance and, luckily for us as it was our first time taking part in Pi Wars,  we competed in the Intermediate category. 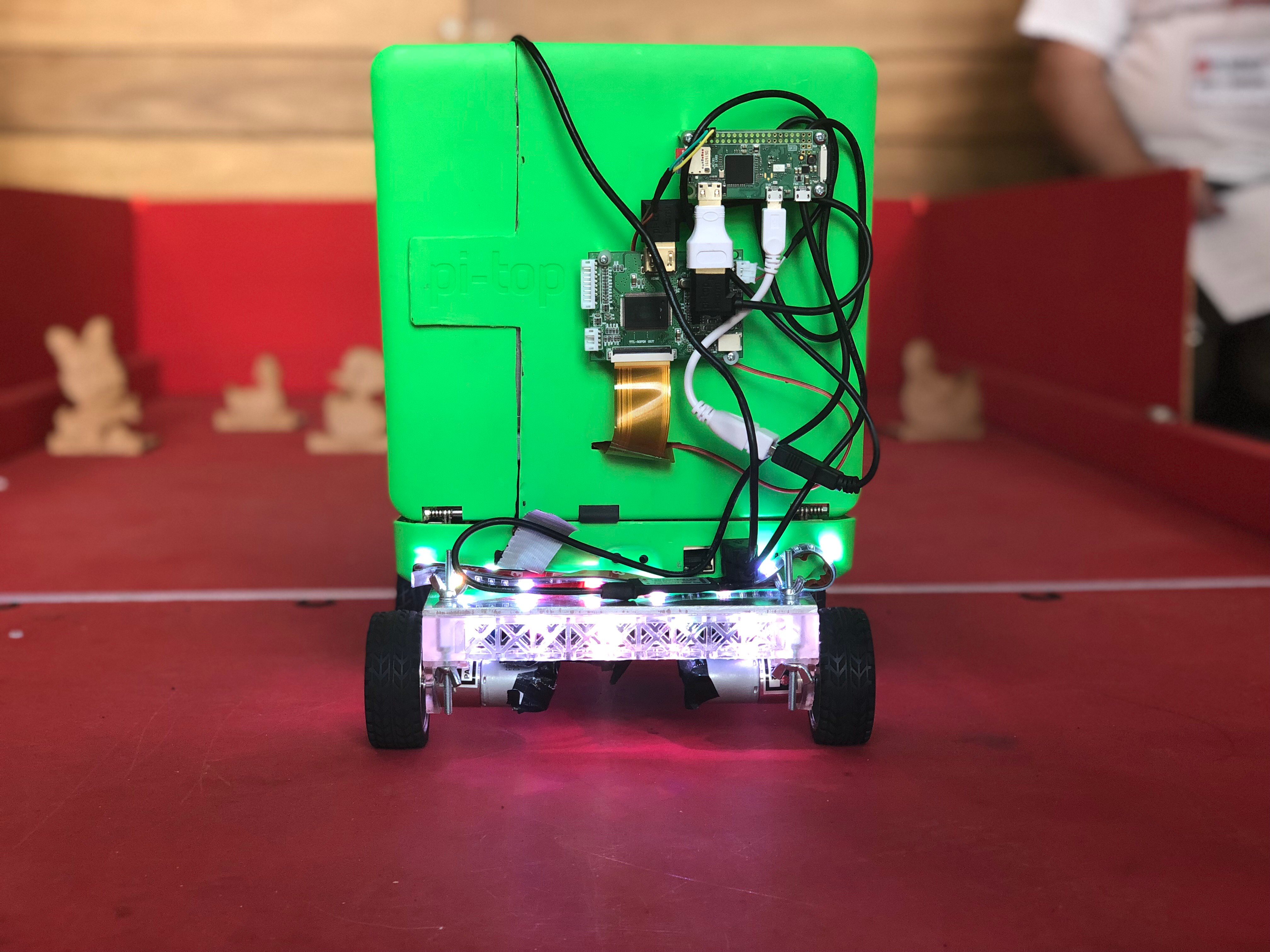 roboTOP ready for the Duck Shoot

If you have been following our Pi Wars adventures, you may know that we experienced a few issues with our robot and at the beginning of the year we decided that we needed to go big or go home, so we trimmed a pi-top laptop and mounted it on the robot. Our little Frankentop experiment went extremely well and roboTOP outdid our expectations. Angus proved to be an ace driver and everyone loved seeing a green laptop around the venue.

There are definitely a few things that we think we can improve for next year - from better planning and testing to making sure everyone knows what they are doing to prevent two people working on the same stuff. We also wish we had more time to finesse the aesthetic design and reduce the amount of duct tape used to put together our robot. However, we couldn't be prouder of roboTOP and the fact that we came in second in the intermediate category :)