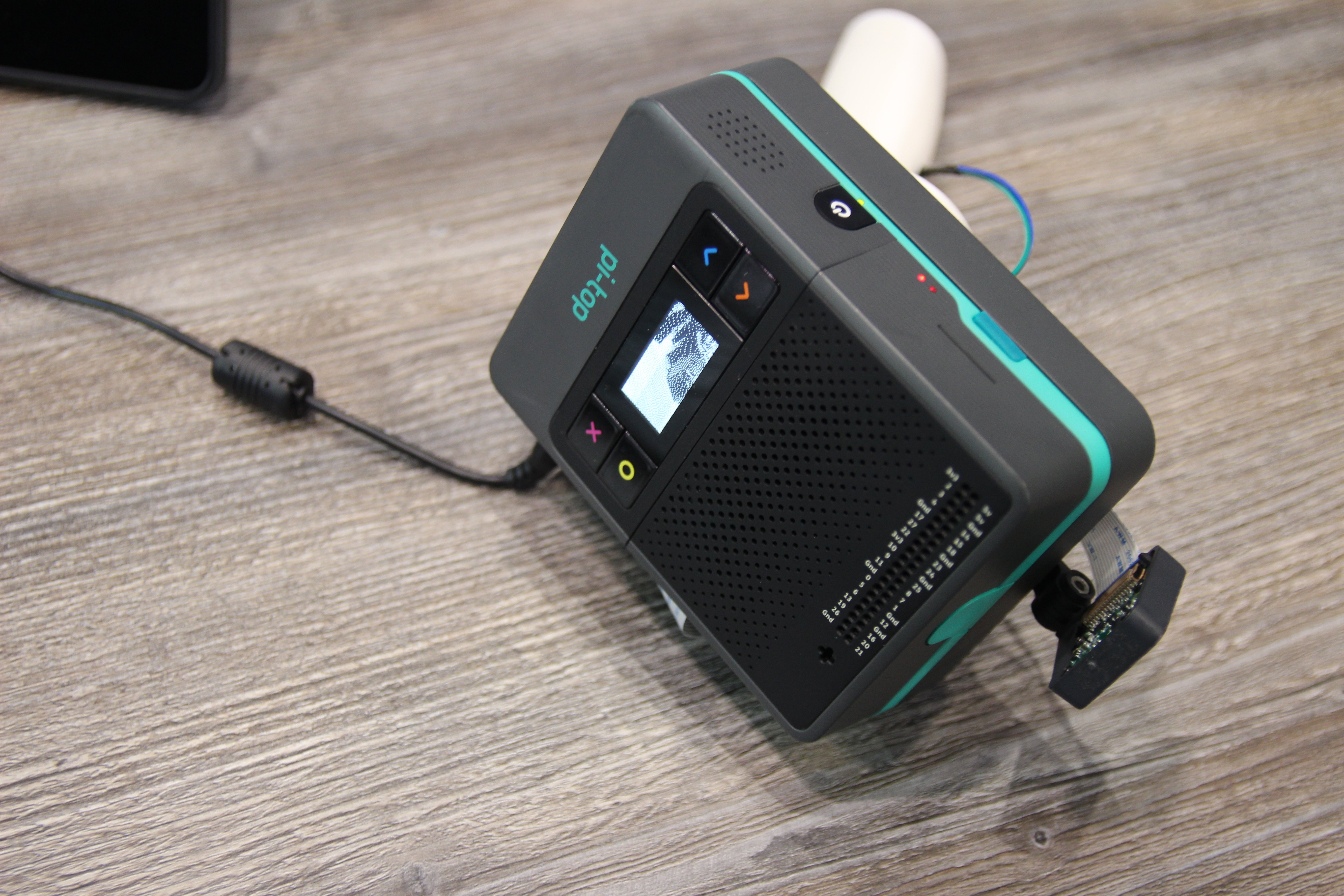 In this short series, we speak to the designers and engineers who created our hero projects at Bett Show 2019 to find out how they built them and what problems they overcame.

The portable photo booth is a device that allows pi-top users to take images on-the-go using the pi-top Maker Architecture (PMA) with a camera attached. Photos and videos can be taken, saved onto the pi-top [4]'s local memory, or can be wirelessly sent to a remote server, so that the photos are kept safe. This will allow our users to capture and instantly send the captured moment to a photo or video live stream.

The project was built by Alan Muhunthan, an electro-mechanical engineer at pi-top. "We've created a 3D model that allows you to insert a button and pull the trigger that is also 3D printed, to trigger a GPIO to initiate a camera capture. All that means is you have a holder, you pull a trigger and it'll save a photo and send it to a slide show all for you at the push of a button," explains Alan.

In true retro style, when you take a picture it's not only saved but it's also displayed, in black and white, on the OLED screen on top of the pi-top [4]. "This is one of my favourite features. To do that at the both instances was a bit of a problem, but we managed to solve it" says Alan.

When it comes to future features, Alan thinks video will be the next one. "I'd like make it possible to capture video and get to determine if it's three seconds, five seconds or however long you want to make it." The ability to socialise it is also one of Alan's future plans, so move along selfie stick, the pi-top [4] portable photo booth is here!

Want to find out more about our Bett hero projects? Check out how we built our mini Mars rovers, our light and sound installation, our weather balloon, humanoid robot, and the hydroponics farm.