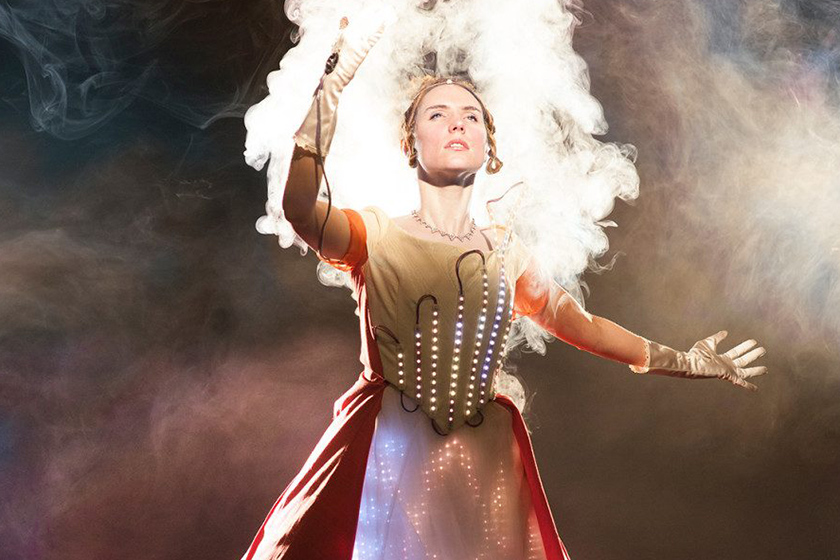 In the latest episode of We Make The Future we meet Zoe Philpott, whose one woman show celebrates the life and work of Ada Lovelace.

The lack of diversity in the history of technology and science is a cause for great concern, and a subject we've looked at before in our podcast. If there aren't role models from all cultures and backgrounds, how are we meant to inspire children today?

Zoe Philpott is attempting to right that wrong with her one woman show, Ada, Ada, Ada, which examines the life and work of Ada Lovelace. Lovelace is regarded as the author of the first computer program, for her extensive notes on Charles Babbage's conceptual Analytical Engine.

Charles and Ada loved gambling on the horses. The first computer, had it been built, could have been developed to beat the bookies!

Zoe Philpott in We Make The Future

What's so amazing is that it took another 100 years for her work to be rediscovered and understood. In the 1940s, computers were still heavily reliant on mechanics, and programmed by punched cards. Ada's life is remembered on the second Tuesday of October, but still more could be done to celebrate her and other women in science and technology.

The show sees Zoe play the role of Ada, wearing a 10kg custom made dress containing over 4000 Adafruit NeoPixel Digital LEDs on it. Each LED is individually programmable and used throughout the show to help tell the story.

A pair of gloves, made by the company that makes gloves for the Queen, contain wires and electrics that allow Zoe to control the dress using finger movement.  "We wanted it to be very authentic, and if she had imagined this dress, she would have made it. So for insurance purposes the dress is a bespoke computer in a bespoke housing" says Zoe.

In the show, the audience aren't passive consumers of history, but are put to use as elements of Babbage's design. In effect they become a computer, and basic calculations are performed.

To find out more about the life and work of Ada Lovelace, listen to the podcast now, or visit www.adatheshow.com