Use YouTube to improve literacy in the classroom? Yes really, here's how...

Episode 6 of We Make the Future explores using video in the classroom, and how we can turn children’s love of screens into a creative force.

Dominic Traynor used to be a primary school teacher. After pushing his class hard to exceed their targets for two and a half terms he thought he’d let them wind down with a fun creative project. What happened next was totally unexpected.

"I said to them, what do you want to do? This was back in 2012, 2011, all the kids were into YouTube. So I said ‘ok fine we’ll make a film’. I’d made the decision that I wasn’t going to mark any books, or do any assessment, I was just going to guide them, but it was child-led from the start.”

After a few weeks, Dominic started to notice more children were asking for new writing books, having filled up their current ones. “I looked at the work and the class, and thought ‘they are working harder than they were before’, and this was meant to be a break!” The reason? Firstly, what they were doing was theirs, and secondly, they were doing traditional written work but for a medium that they were into. The penny had dropped.

“They understood in order to produce something good for video, they had to produce something good on the page; it had to make sense, it had to flow, and have a good story. The dialogue had to be on point, the stage direction and scene directions all had to work.” What had happened was the children had realised that they had to work together and come up with a plan or who was saying or doing what.

When teachers get into the classroom they feel like they are the teacher, but actually they’re the first learner. 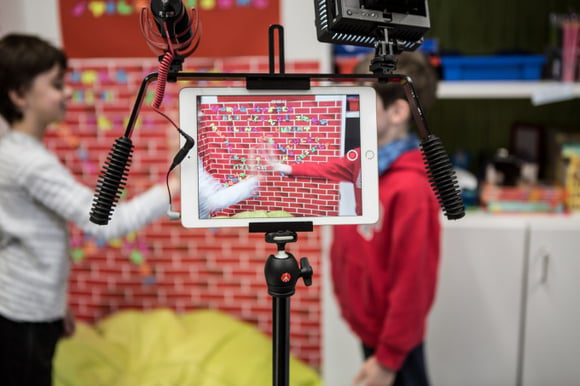 Dominic's first project was shot on a simple flip cam, connected via USB directly into the computer and edited in Windows Movie Maker. “It was some of the best stuff I’d seen from all year, and I thought ‘if they’ve made more progress in the last six weeks, than in the last six months, I’m doing something wrong’.”

It was this epiphany that led to Dominic launching LitFilmFest, a programme that provides other schools with guidance, resources, and support so they to can improve literacy rates in the classroom via the medium of video. There's also research supporting this approach [PDF]. 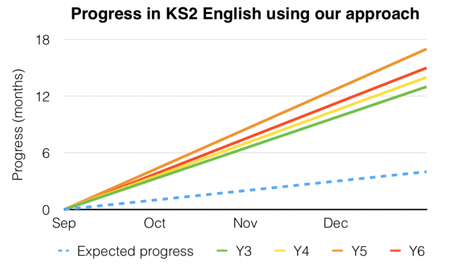 In the podcast, Dominic explains in details the learning outcomes of using this approach in the classroom. And if you'd like to see what students have created, there are some great examples on www.litfilmfest.com