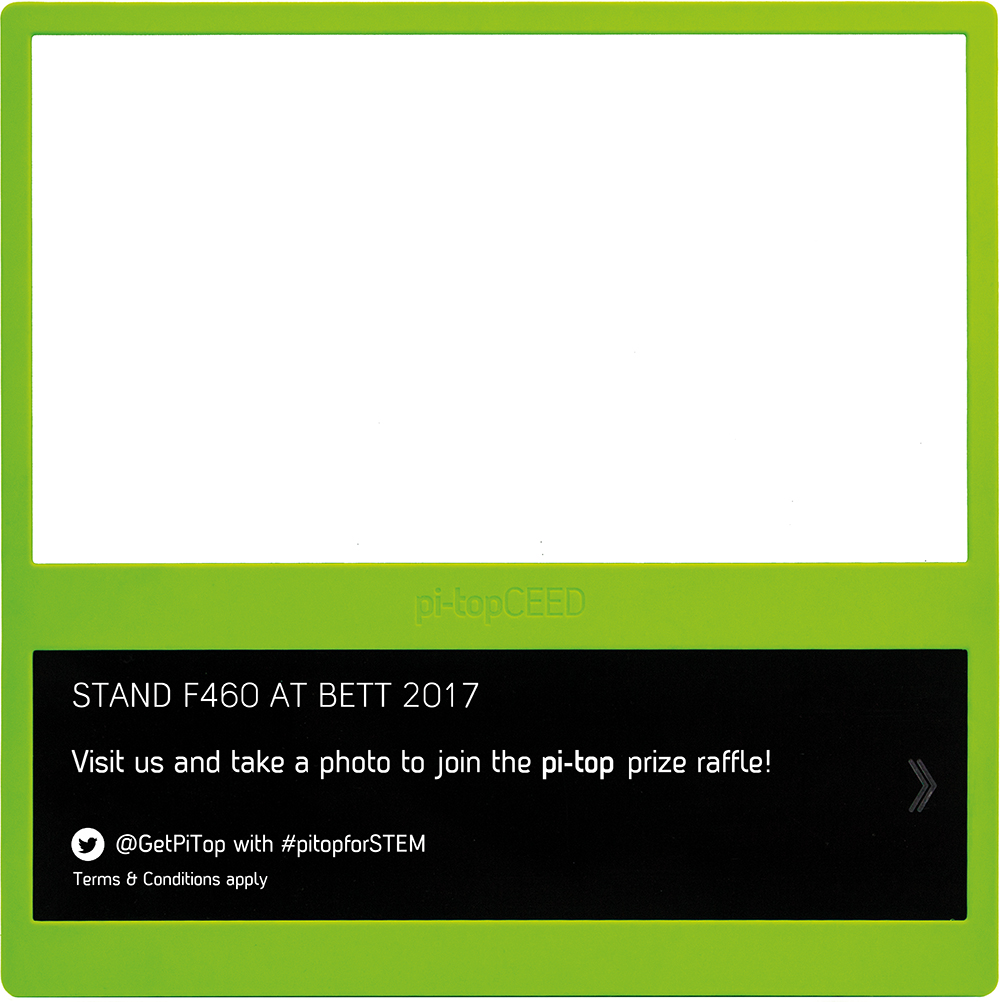 BETT 2017 is around the corner and as previously mentioned we have some fun activities planned, including our pi-top BETT 2017 Photo Competition. Join us at our stand and take a fun photo with our huge CEED cut-out frame. Then upload it to your Twitter including pi-top’s handle @GetPiTop with the hashtag #pitopforSTEM. It’s simple! You’ll be in for the chance to win one of 19 amazing prizes. (Terms and Conditions apply)

This competition raffle is only open during the BETT Show times between 25th-28th January 2017. The competition is open to BETT 2017 visitors aged 18+.

Come find us at F460 to enter the prize raffle - good luck! 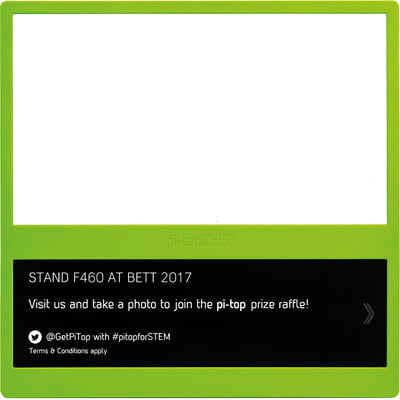 *Show duration: 25th - 28th January. Winners that are announced post-show will be contacted around the 31st January 2017.