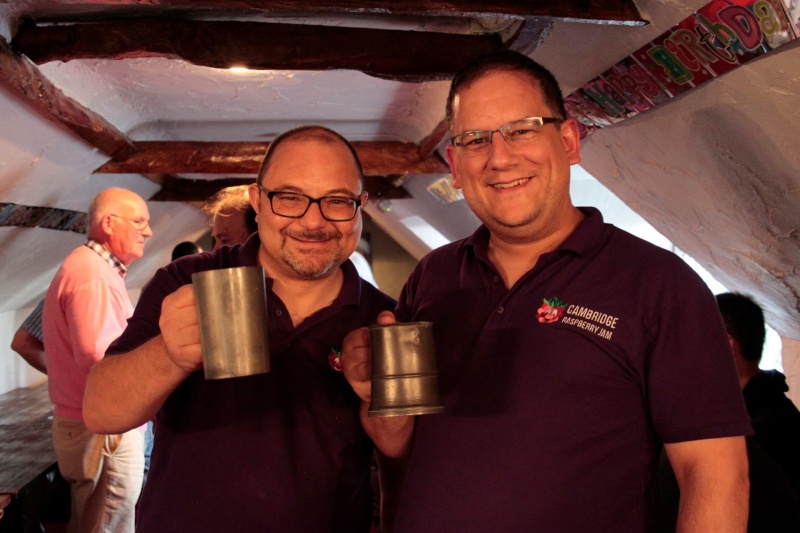 It’s fair to say that it’s thanks to the amazing community of volunteers and evangelists that Raspberry Pi has been such a huge success with over ten million Pis sold around the world. Teachers, technicians, hobbyists and even children have embraced this little computer to make it a huge success.

Here at pi-top, we love to celebrate community and I feel so lucky that my first official task for the company was to identify 14 UK and European community members who deserve a little bit of recognition for all of their hard work and support getting people interested in Raspberry Pi and supporting the teaching of computer science.

So, without further ado, we’d like to invite you to meet our new pi-top champions; individuals or groups who we think deserve some thanks for all their effort and hard work. We’re in the process of sending them ten pi-topCEEDs each in the hope that they will be able to use them at their events to help spread their love of computer science. Champions will also be able to loan their kit out to deserving local community groups so find out who your local one is and get in touch to see if they can help you with your event too!

We think these guys are a fantastic representation of what the Raspberry Pi Community is all about and I hope you join with us in offering them a big thank you for everything they do! 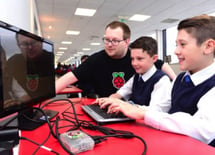 Chemistry and physics teacher, Raspberry Pi enthusiast and Certified RPi Educator from the West Midlands with a passion for running workshops and building fun, educational, and practical things with the Pi! 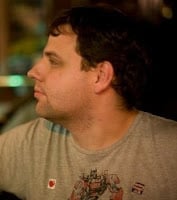 Nic is a self confessed IT geek. He is a class teacher, Head of Computing at his school, Primary CAS Master Teacher, CAS Hub leader, a Raspberry Pi Certified Educator and works as an educational consultant for 3BM. He loves to explore different ways to teach programming and is a massive fan of physical computing and robotics. In the past he worked alongside the education team in Redbridge as a AST for ICT, running training, supporting schools and writing curriculum. He has been lucky enough to speak at a number of conferences over the years about his work with robots, physical computing and the application of Games Based Learning in the classroom. He is eager for more teachers to learn about Computing and how to teach it effectively in their lessons. Follow him @duck_star on twitter and he has a blog at nicholashughes.blogspot.com. 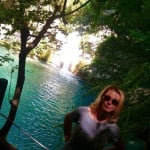 Claire is an educator working with teachers, schools and communities in the North. In Hull she’s also involved with the #ConnectedHull project and at Leeds University has been part of the research team looking at the impact of Maker Ed in schools. You’ll also see her at the Raspberry Jam events in both cities.

Claire is a Girl Geek, originally from West Yorkshire but now residing in Salford. She is the Training Manager of MadLab (a grassroots, digital, innovation organisation), organiser of BarCamp Manchester (a 2-day, free to attend, annual geek unconference) & Founder of CodeUp (free & friendly adult coding tuition). Claire is also a blogger, geek, not a werewolf, volunteer zombie, and three degrees of separation from Kevin Bacon.

As a qualified trainer and Raspberry Pi Certified Educator, Claire often delivers digital skills workshops to both children and adults through her work. Whilst delivering her Raspberry Pi workshops, Claire has often found that finding venues with monitors compatible with the Pi is a huge barrier, and means that she has been unable to deliver as many workshops as she would have liked.

As a PiTop Champion, Claire now plans to use the Pi CEEDs to take her Raspberry Pi workshops out and about across Greater Manchester without having to worry about venues having compatible monitors!

Les is an author and maker working with many different single board computers and micro controller, but Les specialises in the Raspberry Pi and its use in education. He writes for magazines such as The MagPi, Linux Format and Linux Voice as well as blogs for Element 14 and tech radar . He enjoys tinkering, hacking and learning new skills which he shares with children and adults via the many events that he organises and attends as a STEM ambassador.  Les has worked for clients such as BBC, Raspberry Pi Foundation, University of Salford and The University of Manchester.

Les writes up his ace adventures on his blog http://bigl.es

Andrew Mulholland is one of our younger champions ;). He's a 20 year old, 3rd year Computer Science student currently studying at Queens University, Belfast. In his free time outside of university, he leads the monthly Northern Ireland Raspberry Jam. On top of this, he is also lead developer of PiNet, a free and open source system for managing Raspberry Pis in schools, used right across the world.

Alan O’Donohoe has more than 20 years experience teaching and leading Technology & ICT in schools in Northern England. He converted to Teach Computing in 2010, starting from zero (with no qualifications in Computer Science), he first introduced Computing into his school in Preston, then supported many others to do the same.

In September 2015, Alan joined Exa Education, Bradford based multi-award winning supplier of broadband to schools to enable him to continue to support education, technology & Computing through advice, training and events. He is currently building Exa Foundation to inspire and engage digital makers, support the teaching of Computing and promote safe, secure and appropriate use of technology. http://exa.foundation

Craig is digital learning specialist and leads the CoderDojo Scotland network, having set up the first Dojo in Scotland at Glasgow Science Centre in 2012. His previous experience includes creating an interactive coding experience at CBBC Live, working on the development of BBC Make It Digital’s micro:bit and Hackstage Pass game, and co-writing a book introducing children to programming. He has a BSc in Computing Science from Glasgow University and has previously worked for Decoded, within the STEM Qualifications team at SQA, and at Hewlett Packard. Craig was nominated as one of the “BBC Make it Digital Ones to Watch 2016”.

Laura loves Computer Science. As a teacher she worked with students of all ages from Nursery to Year 13, enthusing them with her passion for all things digital. She has provided support and training for teachers from across the country and co-founded CAS #include to provide opportunities for students from a diverse range of backgrounds to experience digital making. After becoming a Raspberry Pi Certified Educator in 2013 she has become a huge fan of the Pi, and hopes that Pi-top will help her bring more exciting opportunities to children in the South West.

Mike is Head Geek at I am Digital, an exciting new Digital Academy being created with Cornwall College and local industry.  Mike is also Business Systems Project Lead for The Cornwall College Group, one of the largest further education colleges in the UK. Mike spends most of his spare time, when not running, on educational engagement and outreach for Software Cornwall - a network of tech companies in Cornwall. He works with primary schools, secondary schools, colleges and universities as a CAS Barefoot volunteer and STEM ambassador to help setup code clubs, create work experience opportunities and helps organise monthly tech jams, giving young people the chance to explore and learn tech. 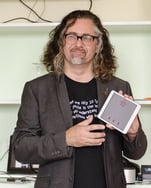 Joe is an Apple Distinguished Educator with over 30 years' teaching experience directly in the classroom. He has taught in primary, middle, secondary, further education and higher education institutions. Originally a music specialist his role developed during his teaching career to curriculum innovator, IT pedagogist and all round guru of innovative technologies.

Although he has a reputation for innovation this is not at the expense of the most important aspect of IT in education: delivering a motivating and engaging learning experience. All of the innovation, all of the ‘wow’ and impact of new technologies counts for very little if we are not able to identify how we are improving the learning of our students.

Over the past ten years Joe has embraced developments in various mobile technologies; iPad, Raspberry Pi, Augmented Reality, iBeacons, the new coding curriculum and, of course, music. Along the way he has delivered successful workshops in all Apple’s education technologies. He is able to draw on this extensive experience to help schools identify which technologies and innovations fit best in their developing IT strategy and assist in their implementation. 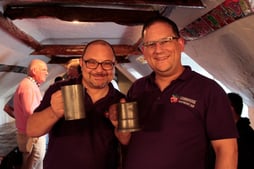 Michael Horne and Tim Richardson co-run Cambridge Raspberry Jam, which also includes Pi Wars and Potton Pi and Pints. They have a passion for getting kids involved in coding which is why CamJam holds workshops at every event and they are looking at ways they can use both CamJam kit and pi-top equipment together to increase their educational work. They received their first Raspberry Pis in mid-2012 and have since learned electronics, soldering and Python programming. Mike is a web developer by trade and Tim is a performance architect. They live in Potton, Bedfordshire with their respective long-suffering wives and kids.