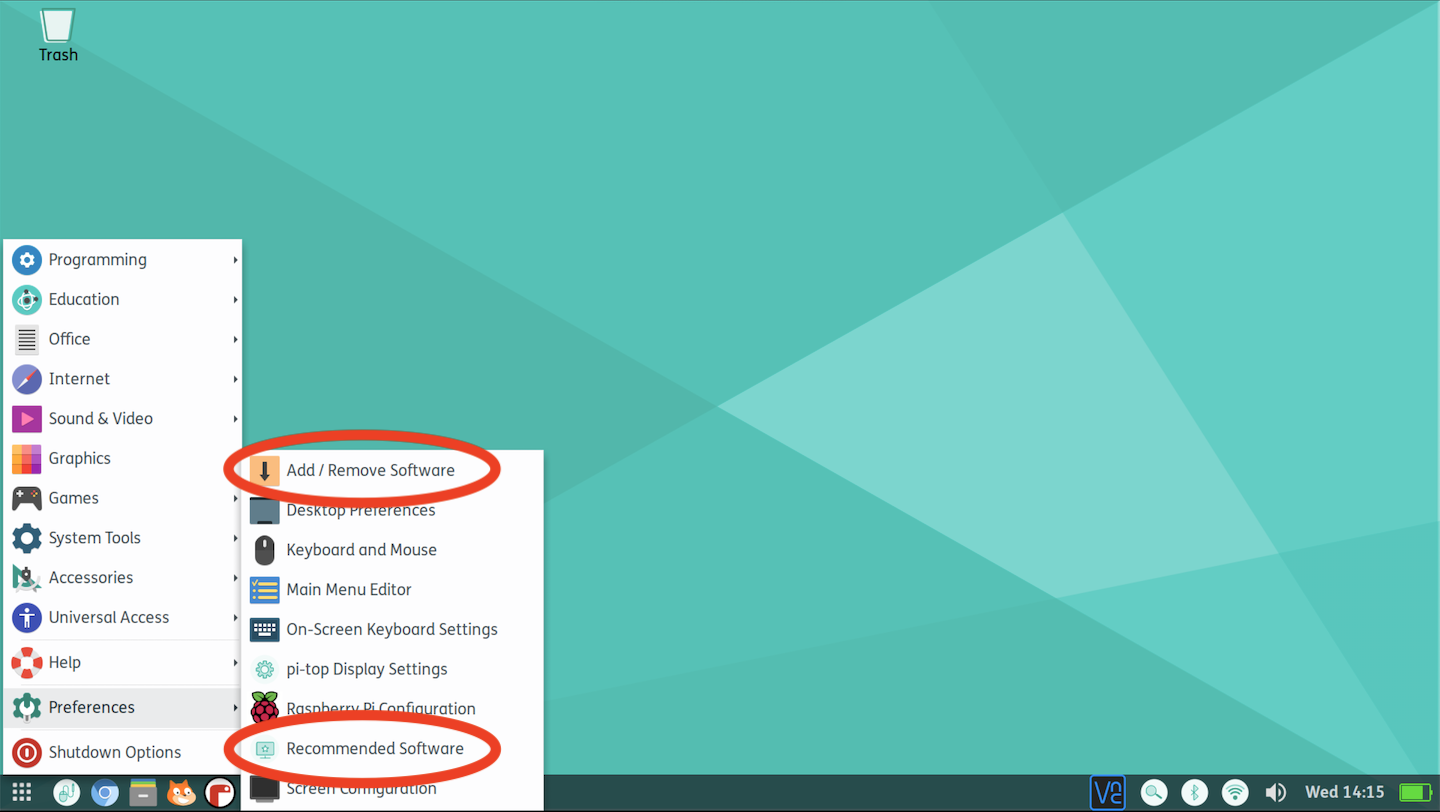 10 software packages you can add to your pi-top [4]

With a Raspberry Pi 4 inside, the pi-top [4] is powerful enough to be used for all kinds of things outside of just our physical computing and coding projects on Further. Want to get even more use out of your pi-top [4]? Then now is the time to start exploring all of the great free software you can add. 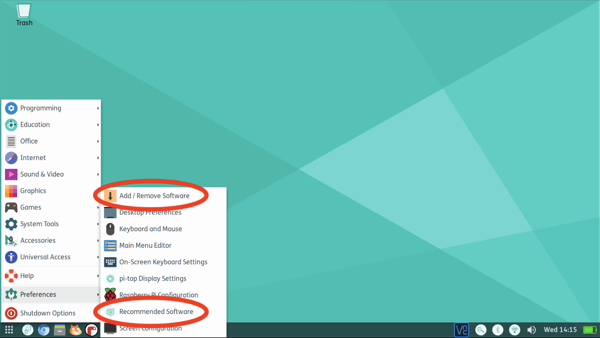 Since the pi-top OS (which is named "Sirius") is based on the Rasbperry Pi OS (formerly known as "Raspbian") you should be able to run most, if not all, of the software available for other Raspberry Pi devices. We've listed 10 software packages that are easy to install and work great with Sirius OS on the pi-top [4].

1. Synaptic - The first thing on our list is actually another Linux "App Store" called Synaptic. Applications/Programs on pi-top are actually called "Packages," and Synaptic is a "package manager." It is a tool for finding, installing, and uninstalling OTHER software packages.

You can find Synaptic by searching for it inside of the Add/Remove Software application.

You can find this package in the "Recommended Software" section of the pi-top menu. 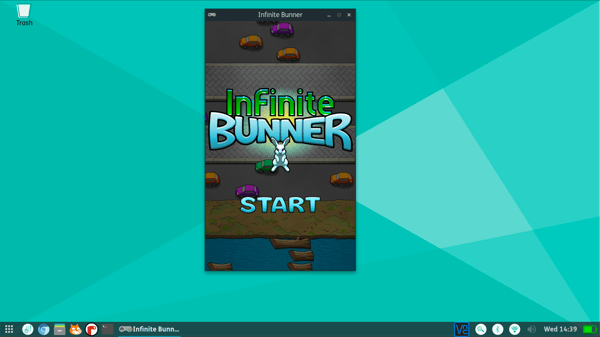 3. Arduino IDE - If you're learning Raspberry Pi, why not dip your toes into Arduino while you're at it. Arduino micro controllers are another great way to learn physical computing, and they can be programed from just about any computer- including your pi-top [4]

The Arduino IDE is the software used to send code to an Arduino compatible board. If you're new to coding, there are a lot of resources for Arduino out there, so this is one of the best tools you can learn to use as a beginner. 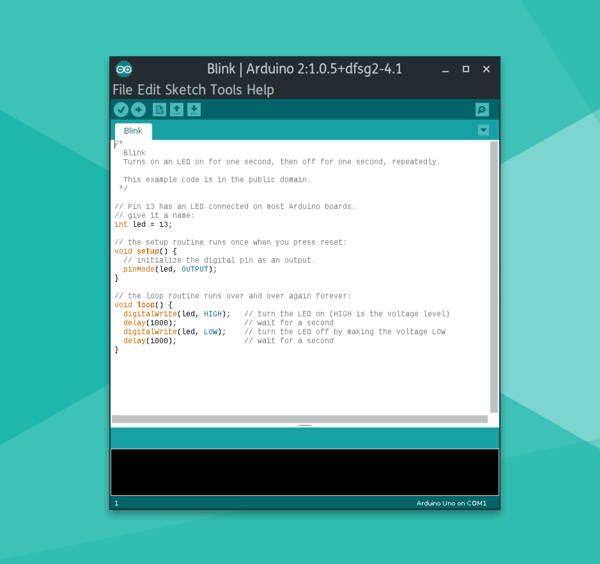 4. Inkscape - Inkscape is a powerful, free vector image editor that allows you to create digital graphics and art for use in all kinds of projects from web design to engineering. If you want to try graphic design but can't afford the expensive industry-standard software, Inkscape is more than capable. If you want to make a laser cut chassis for your pi-top [4] powered drone, Inkscape is a great way to do it. 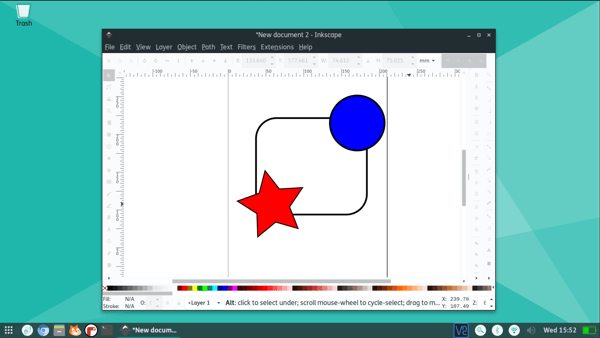 5. Audacity - You can do more than just code and invent with a pi-top. You can make all sorts of creations. Why not plug in a microphone and start a podcast about all of the cools electronics projects you're doing, or about anything else you find interesting!

Audacity is a free and open-source digital audio editor capable of recording and editing sound files. While isn't the prettiest or easiest audio editor to use, it has more than enough features to get you started.

6. Openshot - Maybe making a podcast isn't what you're looking to do. Maybe you want to create a video tutorial showing how you built your pi-top [4] powered dog feeder? (I want to see that video!)
Openshot is a free and open-source video editor capable of recording, importing, editing, and exporting video files that you can then share with your audience.

7. Goxel - If you've ever played Minecraft, you've already taken your first steps into the world of block-based 3D modeling. But what if you wanted a set of powerful tools for building models outside of Minecraft's simulated world? Goxel has you covered.

Goxel is a piece of 3D modeling software that allows creators to build models using voxels- which are like pixels but in 3D. Just line in Minecraft, models are built on a three-dimensional grid in a manner similar to building with LEGO blocks. The difference between Goxel and Minecraft is that Goxel is laid out as a pice of design software instead of a game. You can import, export, and save models. You can use tools to lay down multiple blocks at once, change their color, and more. It is a really fun way to get further into 3D modeling while still retaining an interesting, Minecraft-y feel. 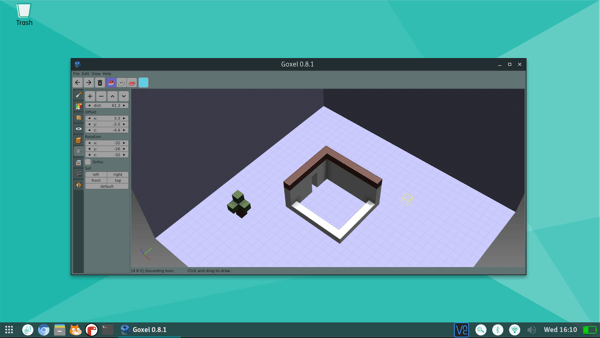 8. Mathematica - Mathematica is a software package designed for doing work with math and science. Using its coding language you can do things like track where it is day and night across the planet, build a face-swapping image filter, create a tool to help you solve a crossword puzzle, and much more. It is a great way for beginners to learn how to build interesting, practical, and fun projects that pull data from all sorts of different fields.

9. KDE Spectacle - If you're doing cool projects on your pi-top, you'll probably want to show them off. If you're writing a tutorial, sometimes a screenshot is the easiest way to convey what you are doing on your screen. You need an easy way to take a screenshot, and KDE Spectacle is my favorite way to do that. You could also use Scrot, but in terms of ease-of-use, I think that KDE Spectacle is the clear winner for screenshots on a Raspberry Pi.

10. Cheese - Sometime you just want to snap a selfie, right? There are a lot of ways to do it on the Raspberry Pi, but the fastest and easiest is Cheese. Cheese is a small, simple application that connects to your webcam and lets you snap pictures or record video. If you've connected a camera to your pi-top, be sure to check it out!

BONUS: mBlock - Remember when we recommended the Arduino IDE earlier? Well, if you're just getting started with Arduino, and you find yourself intimidated by the code or the IDE, might we suggest mBlock? It lets you create code in a Scratch-style block based environment and then use that code to control Arduino, mBots, LEGO EV3, and much more.